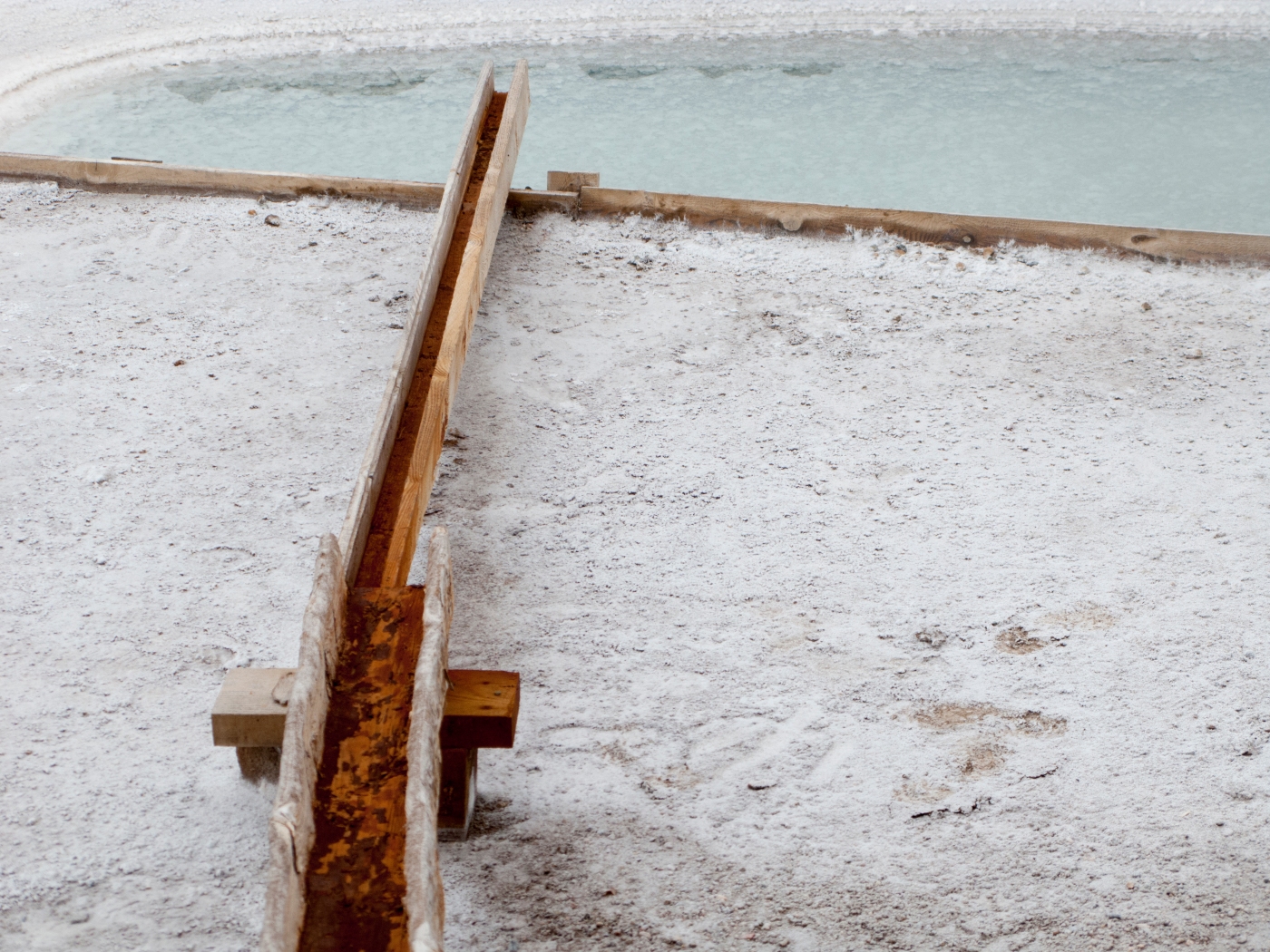 Menhir [menhir.es] is a collective formed by the visual artist Coco Moya and the musician and psychologist Iván Cebrián, based in Madrid. Their research is focused on the notion of speculative territory and the states of consciousness, through sound installations, performances, rituals, videos or publications. They are interested in the generation of fields of action, capable of transform the relations between space, people, and forces crossing it. They recover the geomancy as a knowledge methodology and as a practice of the space. Therefore, they consider their works as virtual menhirs, placed in an expanded site – a physical territory, an event in time, or an internal state-, aming to redirect its meaning towards affection, belonging, and interdependance, under an animist techno-nature conception of life.

The creative act is, first of all, an agency of vital territories*, and that agency is a creation of platforms, agglomerations, ritornellos or choruses that construct volatile communication levels, surrendered to time. Perhaps there is the true transforming potential of musical forms, to offer tools to experience that allow us to consciously empty an unacceptable reality and surrender to the radical eventuality of the moment that, like a needle on vinyl, sounds our experience. GARCÍA CASADO, David, Music, interpretation and territory – Online, Salon Kritik, 8/12/2013 (* Gilles Deleuze at the conference “What the creative act is?”)

Sound Installation about the water forms and their transformation, made at The Salty Valley of Añana, Vitoria Spain. July 2019

Figment light never was but grey air timeless no sound. All sides endlessness earth sky as one no stir not a breath. On him will rain again as in the blessed days of blue the passing cloud. Grey sky no cloud no sound no stir earth ash grey sand.BECKETT, Samuel, Lessness. 1970

“Mi primera vida” it’s a documentary by the Mexican filmaker Carlos Hernández, on the saharaui refugees camps in Argelia, for which we composed the original music. We could visit the camps during our residence in Artifariti 2016. The research in the camps tries to form a relation between territory, image and sound. The music, a lullaby, the everyday living rhythms conform a sound territory that amplifies the margins of a border area. It deepens in the relation between image and sound, and the conflicts between representation, self-representation, and a deterritorialize collective identity, using the sound and the musicality as tools for territory agency.

The sound as a matter permeates the image, from it’s margins to it’s inner area. It is not moving forward but moving inside. Not from the periphery to the center, but operating as a small truth without appearance which undresses the image. Through the sound, we get into an image that has not anymore space, but time. A sound territory that exists further the margins. Repetition and refrain, this sound gesture in loop colonists the landscape, and reorganizes the forces that cross the space and it´s margins. Composition that re-territorializes (it re-circulates) an a-colonial landscape, now in suspense.

The piece is about the solar and shadow cycles, from the equinox to the solstice. The title Static Sun, comes from the etymology of the word «solstice», ilteraly, static sun. The rhythmic composition is layered. Sometimes the voice and the synthetizer meets and sometimes are out of phase in a circular structure.

It is installed it permanently at the Art and Nature Center Cerro Gallinero in Hoyocasero, Avila, where you can only hear it by capturing the QR carved in a stone of the hill. As well as the menhir inscriptions related to the solstice as an astronomical clock, our QR is trying to link the sound to a physical specific space of any listener experience.

Sol quieto was created during our residence in the ruins of Baelo Claudia in Cadiz, for the summer solstice, as part of the exhibition Arqueo 100, organized by Casa Velázquez. We played it also during an astronomical observation at the Astronomic Complex of la Hita, in Toledo.

Menhir, Instalation 0, is an exploration of Asturias and Leon mountain landscape through an interactive instrument-installation made by coal stones. The work is looking for the tactile cohesion of imaginary music overlapped to landscape; where it happens the body presence, the collective and the ritual. It´s a process in relation to mountain, which deepens on the inner movement that you experiment when wandering on it. The installation presents the landscape as an interpretable score, opening up the experience to an observer that is transformed into the interpreter of the composition. At the exhibition room, the coal stones are expanded to form an environment that can be walked in and touched. The Coal works as a conductor, on the one hand, sending the electric signal to the Arduino, that launches the sounds. On the other hand, tracing a link on the social, economic, cultural and ecologic facets which construct it. The video shows us a mountain that amplifies the vision further away from the exhibition walls, opening up the space to the visual and sound hallucination that the landscape produces.

Clorofila 3. 0 is a project by Uh513 collective, with whom we collaborated to create a performance using plants in LABoral Art Center. Clorofila researches the electric impulses produced by the vegetable organisms, using a program designed specifically for this project, that captures the voltage changes reflecting the status changes of the plant, translating them into sound in life, through a module placed in the plant. This devices mesure the electric charges that vary depending on the temperature, the chemical system of the plant, or other external factors as pressure, air movement or proximity to other objects. Using the MIDI information that the plant sends to our instruments, we built an improvisation piece which dialogues with the rythms and harmonic structures that they send out.

Timescapes is a photo series by Chema Ledrado which captures a whole year inside the Escuelas Pías library in Madrid. Using a large format pinhole, with range exposures from 1 week to 1 month, the overlapped light lines draw the architecture. He invited us to make a performance during his exhibition, together with the artist David de Benito. We burst into the library´s daily silence flux with a sound intervention, using voice layers, and a minimal rhythm box and synthetiser, while the David de Benito´s videos, captured in life from the outside of the building, are running on the floor.