In 1974, Stockhausen composed the 12 melodies of the star signs for music boxes and produced them in collaboration with technicians at the Reuge music box factory in Ste. Croix, Switzerland. 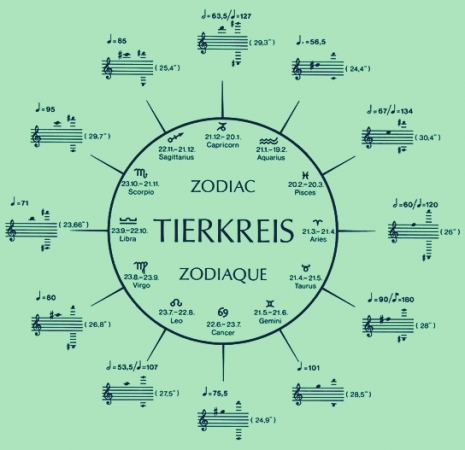 The Tierkreis melodies first appeared in Musik im Bauch, a 1975 piece for six percussionists and three music boxes. In part, it was inspired by a dream Stockhausen had about a birdman with music boxes in his stomach. Robin Maconie’s list of equipment for a performance of Musik im Bauch is suggestive: 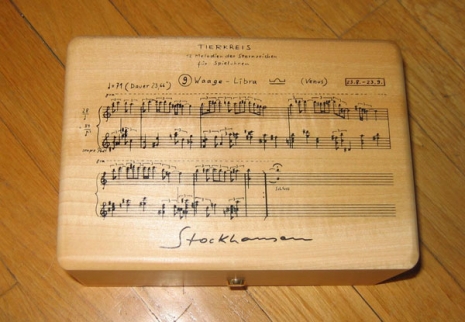 A Libra music box (via Stockhausen-Verlag)

Stockhausen contracted the Swiss music box concern Reuge, which continued to manufacture the zodiac boxes into the eighties. In ‘98, Stockhausen-Verlag produced a limited run for the composer’s 70th birthday, followed by another series in 2005. The Pisces, Aries and Sagittarius boxes are sold out, but the shop still has a few of the others left at €310 a piece. Hear the Cancer music box below.

You can hear every music box here: